Making your business work better in a digital world

In spite of what so many say about holding the secret to your business success, there really are no secrets.  The fundamentals of everything you should be doing or how you should position your business are already known and readily available to us all. Apart from that, ss soon as anyone does find some supposedly new formula to success, they will surely be selling tickets to their seminars to let you find out all about it.

Business has been around a long time no matter what you do, there are some key aspects in running your business that age proven and widely available. The fundamentals of business success are all around you and only need to be discovered. For some reason, however, so many think there are new secrets to be found.

There are however some gems lying about that we tend to overlook or we are so busy looking for new ideas that the fundamentals of business success are simply overlooked or ignored.

History has a lot to teach us and a common approach in looking at how you can be more successful in your business is of course, looking at what other successful businesses do and in particular your competitors.

In the work we do around developing marketing strategies and even optimising websites and creating more effective interface designs, we use this same approach on a regular basis applying the same principles.

Be it in general business or in a particular aspect of your business, such as Web design and development, most of us look for the obvious – what others are doing well that we can emulate and create as part of our own success.

What we can learn from the RAF in WWII

When I hear of this approach I am always drawn back to a story from World War II and the RAF when they were bombing Europe.  You might be wondering how this analogy relates to business success, but I beg your perseverance and ask you to read on.

At the time, the British RAF were losing countless bombers on their raids over Europe.  Of course not all planes were lost and many returned with considerable damage from anti-aircraft shells exploding nearby.  Now the apparently obvious solution when they saw the damage claims was to repair the damage sections and while doing so to reinforce those sections with heavy metal plating.

With all the ingenuity and ability to think outside the square that the British owned in World War II, it was suggested that in fact they should reinforce those sections that showed no damage.

Why would they do this, you might ask?  Simply, the rationale for this brilliant idea was that if the plans that made it back were damaged in certain areas, then obviously those that didn't make it back were probably damaged in all the other areas.  This idea was applied.  After much investigation indeed their losses were significantly reduced on future bombing raids.

So how does this apply to business?  Well, my argument is that whilst emulating what successful businesses do well is a fair and reasonable approach, you should instead look at the businesses you are analysing identifying those things or aspects of those businesses that they do well and additionally those aspects they do poorly.  You then consider those aspects of business, not in the preceding list.

This second there would be those areas of the business that need to be reinforced and strengthens.  In other words, what you are identified those activities which those businesses were not doing but could be.  These are the aspects of businesses which are not successful.

There is method in this madness

Now why would we want to do this, you might ask?  For a number of reasons; much like a situation with the RAF in World War II.  We are looking at that which is not obvious.

Firstly, trying to beat your top competitors at what they already do very well is going to be very difficult if not impossible.  Really successful businesses have established their brand around what they do well, but they become known for stop to do as well or even that is just going to be require too many re-sources that you probably don't have available.

On the other hand, identifying aspects that they don't do or pursue offers you new opportunities.  You are competing with them.  So this is the opportunity that lies before you.  Now there is one extra step.  Because this is a new opportunity must understand that at this point that is all this; just an opportunity.

An Opportunity is only That Until…

You now need to research this opportunity identifying if there is anyone else operating in this way or in this territory.  At this juncture you either find that you are virtually on your own in which case you proceed with your strategy and planning or, on the other hand, you may find you have others playing in the steel.  In this case you either try to be more successful than them at what they do or you again look for new opportunities in line with the steps you have just been following.

Yes, this seems like a lot of work but then it is an alternative approach that can identify new opportunities for business success that much easier than trying to beat those who are already very successful at their own game.

Is this a new idea, something revolutionary?  Of course not.  Is it practical and useful for everyone?  I believe so.  Yet at the same time it is no silver bullet.  It is not the answer or secret of success for everyone.  Sometimes there is no success.  From what some businesses do, they simply are in the wrong market, with the wrong product competing against too many competitors at possibly the wrong time.

This process will, however, let you come to the right decision about the possibility of achieving success.  At the same time however I do say that all of this is a waste of time if you aren’t already following good practices in your business. If you don't have the fundamental foundations of good business practices and processes in place, then none of this will help you. 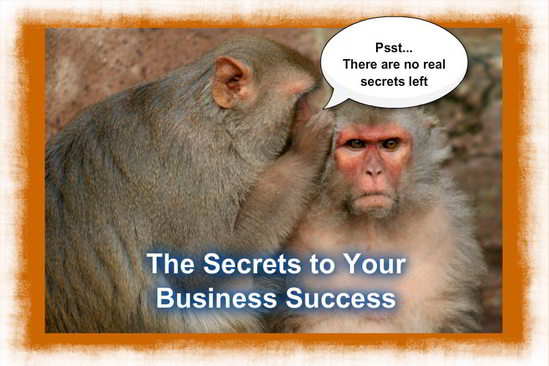 How you should be sending every email in your business

We all send out 100’s of emails from our business every week if not every day.  Each one of these emails is a touch point with your market be it direct or indirect.&...

How Zoho CRM can help you manage all your critical business information.

There is no secret in the fact that in order to achieve success and grow your business, it is essential to have systems in place founded on sound business processes.

Zoho ONE for Professional Services

I always say that there is no better way to provide a product and having used yourself first.Only then can you relate to the experience your customers will go through themselves.

You Can’t Afford To Be Complacent About Cyber Security

Back in 1999 I worked with a number of companies performing Y2K Audits for SME businesses and now I find that we are facing an even bigger threat. According to Damian Seaton of Security, / Read more

Right now the Queensland Government is just opened up Round 4 of its Small Business Digital Grants Program offering up to $10,000 towards the cost of purchasing hardware, software and servic...